Today is the last official day of Black Friday and for anyone that is not aware of the term, then basically it means sale prices that are timed to coincide with the American thanksgiving day celebrations. Trying to find a place where the Black Friday does not exist? Welcome to Merlin Industrial Products Ltd where prices are the same all year round. 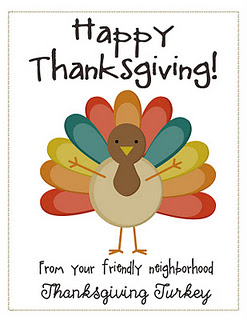 The history behind the name is that on “Black Friday” traffic was horrific with everyone rushing to the sales and it stuck.  As an industrial product supplier Merlin does not have a black Friday event, though they would like to reiterate that as their catalogues are all online there are no parking costs and the products can be viewed, and if you are in the online shop, bought at any time of the day and from any location.

For all the turkeys in the Thanksgiving celebrations, we hope that your special day was painless and dignified. For everyone else tomorrow is Saturday so for most workers in the UK that means the weekend off!

It sounds like a day notorious in history for mass murder or some other heinous crime.

Did you know that Black Friday originally described the level of traffic after the American Thanksgiving celebrations and it was only after 1975 that it began to have a shopping relationship where retailers described the day as being the time of year that there shops moved into profitability.

Black Friday originated in the USA and is now used all around the world to denote a day of Special bargains and is similar in style to our Boxing Day sales held around the commonwealth countries.

With the massive growth of online shopping and worldwide availability of nearly every kind of product Black Friday has permeated the worlds culture, though we have to ask ourselves how relevant is the sale price and regulations differ across the planet.

We know some companies have restricted stocks at below the cost price and this frequently has people sleeping outside their premises and risking injury whilst bursting through the doors at opening times.

We hope that you have an enjoyable Black Friday and please find a sample of online deals below where you will not get crushed.